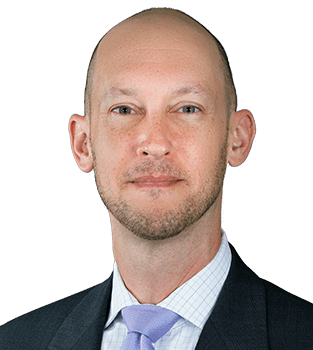 A recent decision of the Ontario Superior Court in the Companies’ Creditors Arrangement Act (“CCAA”) proceedings of Sears Canada Inc.[1] highlights an intersection between party autonomy principles established under the law of arbitration and insolvency law.  At issue was whether the price under an option should be determined by an arbitrator appointed under Ontario’s arbitration legislation or whether instead it should be determined by a “claims officer” appointed by court order in the CCAA proceedings.

Sears Canada was granted court protection under the CCAA in June of 2017.  Initially the proceeding envisaged a potential restructuring, but it then turned to liquidation, with the proceeds distributed to creditors in order of priority.

The Ontario Superior Court made what is often called in insolvency proceedings a “Claims Procedure Order” (“CPO”).[1]  Although CPOs are not prescribed in the CCAA, they have become common in CCAA proceedings.[2]  CPOs require creditors to file proofs of any claims against the debtor, whether liquidated or unliquidated – and stipulate that failure to file such proofs of claim by a certain date will result in the claims being barred and extinguished.  They also provide procedures whereby the debtor can accept, reject or revise the claims filed, and for resolving disputes over proofs of claim.

Part of the CPO in the Sears Canada CCAA proceedings appointed The Hon. James Farley, a retired judge, as “Claims Officer” in respect of disputed claims.  Under the CPO, he was appointed to determine the validity and amount of any disputed claims under a procedure he established, and provide written reasons.  The CPO stipulated that his decisions would final and binding, subject to appeal to the CCAA Court.

The role of “claims officer” is also not prescribed in the CCAA.  It appears to have first been created in the early 1990s, and at that time took on a med-arb type of function.[3]  Today, proceedings before a claims officer function in the same way as a domestic commercial arbitration.  The differences are that: (a) the parties do not voluntarily choose to submit themselves to the claims officer’s jurisdiction; (b) the parties do not have their choice of claims officer; and (c) the disappointed party has broader appeal rights – though whether such an appeal results in a hearing de novo or as an appeal on the record is controversial.[4]

With that background, what happens when a CCCA claims officer hears a disputed claim that itself is subject to an arbitration agreement?

Sears Canada and Oxford Properties Group (“Oxford”) were party to an Option Agreement made in January of 1994 that gave Oxford the right to purchase a property in Newmarket, Ontario (the “Property”). Oxford sought to exercise this option during the CCAA proceedings.

The Option Agreement provided a three-step process for determining the purchase price: first, negotiation; second, averaging the two separate appraisals if the values were within 5% of each other; and third, submission to arbitration. The Option Agreement did not stipulate institutional arbitration rules, but rather that in the absence of agreement, either party could apply to the Ontario Superior Court for the appointment of a single arbitrator pursuant to Ontario’s Arbitration Act.[5]

Sears Canada and Oxford were unable to agree a purchase price and their appraisals were not within 5% of each other.  The question that arose was who should determine the purchase price under the Option Agreement.  Oxford sought the appointment of John Keefe as arbitrator, while Sears Canada, supported by its Monitor, argued that the dispute should be determined by James Farley in his capacity as Claims Officer, arguing this to be the “most efficient, fair, expedient and cost-effective” method, particularly since Oxford disputed two other claims relating to the Property that were already before the Claims Officer. Oxford argued that this would constitute a re-writing of the Option Agreement. All parties agreed that both Farley and Keefe were qualified to arbitrate the value of the Property.

Justice Hainey, the supervising judge, agreed with Sears Canada and the Monitor, and concluded that the “outstanding issues related to the Newmarket Property are inextricably linked and should not be determined in a piecemeal fashion.” The Court concluded that “the quickest and most cost-effective way to determine the amount of cash to be paid on the closing of this transaction” would be to have James Farley adjudicate all claims between the two parties.

Ultimately the Court was able to reconcile the submission to arbitration with the terms of the CPO because of the fact that under the Arbitration Act, it was possible for James Farley to be appointed arbitrator as well as acting as Claims Officer.  Its rationale for doing so is consistent with a body of insolvency jurisprudence that favours a single forum for the resolution of all creditor disputes. But not every issue arising where there is a disputed claim falling within a submission to arbitration that crystalizes during an insolvency proceeding can necessarily be finessed this way. It is also interesting to consider what might have happened if the arbitration agreement had referred to institutional rules with a different appointing mechanism or required a tribunal of three arbitrators. The decision leaves unanswered whether the appeal provisions of the CPO or the Arbitration Act would apply.

David Gruber, FCIArb, IIC is a partner with Bennett Jones LLP in Vancouver and practices in the areas of commercial arbitration, commercial litigation and restructuring and insolvency.  David wishes to thank Benedict Daswani, summer articled student, for his assistance with the preparation of this article.