By Ludmila B. Herbst, Q.C and Kurtis Harms 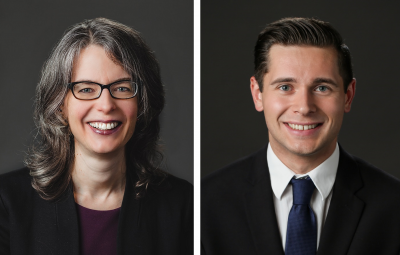 Non-party participation in commercial arbitration hearings is generally limited, but matters may change when an arbitral award is challenged in court.  In some circumstances, the court hearing the challenge may grant a non-party’s application to intervene – not simply based on the general principles that may prompt intervention in those rare cases that reach the Supreme Court of Canada, but based on facts and circumstances related to the specific challenge itself. The courts in Ontario and Prince Edward Island have recently taken different approaches to intervener standing, highlighting factors that counsel who contemplate seeking intervener standing for their clients will need to consider.

Non-party participation in commercial arbitration hearings is generally limited, but matters may change when an arbitral award is challenged in court.  In some circumstances, the court hearing the challenge may grant a non-party’s application to intervene. The grant of intervener status may not simply be based on the general principles that may prompt intervention in those rare cases that reach the Supreme Court of Canada, but on facts and circumstances relevant to the specific challenge itself.

The courts in Ontario and Prince Edward Island have recently taken different approaches to intervener standing.  A master in Ontario Superior Court Chambers granted standing in Re/Max All-Stars Realty Inc. v. Real One Realty Inc., 2019 ONSC 4956 (“Re/Max”). There, the Ontario Real Estate Association (“OREA”) sought to intervene in an application to set aside the award of an appeal panel that OREA had constituted.  Among the issues in the underlying challenge to the award was whether it was precluded by the wording of the applicable bylaws.  The Court noted that the test for a proposed intervener in private litigation is more onerous and more stringently applied than in litigation concerning public policy. Based on the facts, the Court concluded that OREA had a “genuine” and “legitimate” interest in the Court’s determination of the issue because the disposition could “adversely affect OREA’s administration and adjudication of appeals”; the issue had not been judicially considered; and OREA was “uniquely placed to make a useful contribution…with respect to, among other things, the history and purposes of [the bylaw] and how the Court’s interpretation…may affect other provisions”. The Court noted that OREA did not seek to make submissions about the findings or underlying merits of the appeal panel decision, but instead intended, and was well-positioned, to address an assertion that the appeal panel had exceeded its jurisdiction. The Court was also satisfied that “OREA’s participation… would not result in any injustice or actual prejudice to the parties”.

In contrast, the Prince Edward Island Supreme Court refused an application for intervener status in HZPC Americas Corp. v. Skye View Farms Ltd., 2018 PESC 47 (“HZPC”).  There, the Fruit and Vegetable Dispute Resolution Corporation (“DRC”) applied to intervene on an application by one of its members to set aside or vary an arbitration award made against another of its members.  Members were bound by a dispute resolution clause and disputes were to be resolved pursuant to DRC’s rules.  The unhappy member complained to the Court that the arbitrator had failed or refused to apply DRC’s rules.  The Supreme Court refused leave to intervene, finding that DRC had “no interest in the ‘lis’” between the parties.  The Court noted that “[i]n the same way it is not unusual for statutes to be interpreted during private disputes, the courts are often called upon to interpret rules or regulations, or contractual provisions, drafted by someone who is not a party to the action before the court” and “[i]t is not expeditious and no purpose would be served by having an intervenor repeat the arguments” of the parties. The Court reached this conclusion even though one of the parties had consented to the intervention given DRC’s greater institutional knowledge and experience.

DRC appealed the Supreme Court’s decision to the Prince Edward Island Court of Appeal, by this time citing the Re/Max case from Ontario, which had been decided in the intervening period.  However, DRC’s appeal was dismissed: 2019 PECA 25.  In dealing with the Re/Max case, the Court of Appeal noted that while masters (the category of decision-maker involved in the Re/Max case) “have expertise in procedural matters, the fact remains that their decisions bind no one”, that the decision of the Prince Edward Island Supreme Court was entitled to deference, and that it had not made a reviewable error in any event.

An earlier Ontario Superior Court decision, in Steeves v. Doyle Salewski Inc., 2016 ONSC 2223 (“Steeves”), was cited by the Prince Edward Island Supreme Court in HZPC.  In Steeves, numerous proposed interveners were refused intervener status in what the Ontario court described as a “judicial review” of an arbitration decision in the bankruptcy context. The proposed interveners pointed to two factors in support of their motion: (1) they were parties to pending cases with similar facts and allegations; and (2) the majority of the pending cases were in small claims court, and therefore the Superior Court decision in Steeves would be binding in those pending cases. The Court held that the proposed interveners did not have an interest in the subject matter of the proceedings in which they sought to intervene despite being interested in its “ramifications”; that any “precedential value” must be decided by the judge in those other cases; that the arguments of the proposed interveners essentially echoed arguments of certain parties; and that specific facts were not in common. Steeves may cast further doubt on the later decision in Re/Max. Re/Max did not cite Steeves.

None of these cases involved an attempt by the arbitral tribunal itself to intervene.  Such an attempt would likely be rejected.  As the Alberta Court of Appeal noted in Flock v. Flock, 2007 ABCA 287, when the arbitrator involved in the case sought leave to intervene, “[p]erhaps, and only perhaps, another Arbitrator, or a representative of the professional Arbitrator’s Association, with no connection to this case, could be granted intervener status to inform the court on the jurisdictional question if leave were granted. However, in my opinion it would be most inappropriate to allow the Arbitrator, whose conduct is being impugned,…himself to become a party”.

Counsel who contemplate seeking intervener status for their clients need to carefully consider the exact interests of a proposed intervener in the facts and law in relation to the other parties to the proceeding. There is uncertainty as to whether the precedential nature of a proceeding can be considered an “interest”. Further, as in many cases in which intervention is contemplated, a delicate balance needs to be struck between showing the ability to make a potentially worthwhile contribution to the proceeding and creating a risk of taking it over.

Ludmila B. Herbst, Q.C., is a litigator at Farris LLP and co-author of Commercial Arbitration in Canada: A Guide to Domestic and International Arbitrations, which has been cited by courts across Canada.