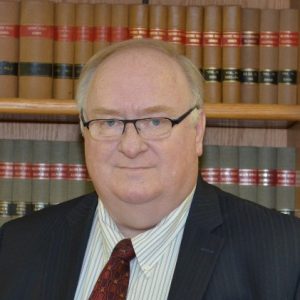 Public Policy Mediation is a facilitated process that is designed to address more complex multi-party disputes of social problems that never seem to be resolved. Across Canada one such significant and persisting issues is the failings of the child welfare system for Indigenous communities.  In the following article by Rodger Linka C.Arb, the process is examined through the lens of the protest, Fourteen Teepees, on the grounds of the Saskatchewan Legislature.  The case is now heading through the courts to stop the protest. In such an adversarial court process, however, the core problem of Indigenous children in care becomes secondary.  A tailored Public Policy Mediation process, on the other hand, can help to address and resolve the substantive interests surrounding the issue of Indigenous children in the child welfare system.

It began as a protest in February following the acquittal in a murder case surrounding the death of Colton Bushie in Saskatchewan and Tina Fontaine in Manitoba. It began as a single tepee on the grounds of the Saskatchewan Legislative Buildings.  A silent protest against injustice.

Eventually, the Provincial authorities ordered the tepee be removed.  It was on public land and the protestors had no legal authority to erect the tepee there.  The tepee came down.  Another protest soon to be forgotten?

But on National Indigenous Peoples Day (June 21) the tepee returned and became the Justice for our Stolen Children Camp.  No one stopped the protest.  Provincial authorities demanded the protest end.  A second tepee was erected…and a third.  Now there are fourteen tepees.  The Regina City Police has said they have no intention of intervening over a peaceful protest.

The Federation of Sovereign Indigenous Nations Chief Bobby Cameron has indicated, “The child welfare system is currently failing our children.  This is the focus point and we will continue to do what we can to rectify it, to fix it so no more of our children will suffer.”  While meetings with government have been held, the Minister of Justice has said that no further meetings would be held until the tepees were taken down.  Now, the Government and the Indigenous organizations are heading to court.  The Government is seeking an order to remove the protest – the Indigenous People, to preserve their right to protection under the Charter.

Neither court action will be to seek a solution to the real problem.

There is a significant overrepresentation of Indigenous children in the child welfare system.  The foster care facilities are overburdened.  The Indigenous community is trying to find solutions.  They want to care for their own children.  The root causes are complicated.  The government appears to be reticent towards further dialogue.

Fourteen Tepees – a peaceful protest or an opportunity?  Now is the time for a mediated solution.  Bring the parties together and start a structured dialogue.  It is not a time for politicians to make speeches.  It is a time for them to allow the interested parties to come together and find solutions.

I recently received training at Harvard Law School, Program on Negotiation regarding Public Policy Mediation, a process whereby public and social problems of the day can be resolved through multi-party mediation.  Instead of treating the current situation as a standoff – a Canadian stalemate – Public Policy Mediation can be used to bring the parties together for dialogue and a solution.  Public Policy Mediation as described in Civic Fusion by Susan Podziba © 2012, is an alternative to political disagreement and litigation, and allowing the problem to remain unresolved.  By employing traditional mediation skills, the conflict can be transformed from a standoff to a positive opportunity to create real solutions to a problem that has festered for decades.

How does Public Policy Mediation work?  It begins with the mediator’s assessment of the dispute.  The mediator must make certain that all stakeholders are consulted.  Here the Indigenous groups and the Government are obvious stakeholders.  The police are as well.  Who else should be at the table?  The Government as a stakeholder should not be looked on as a single party: there is the Department of Justice and the Department of Social Services which have different interests and objectives.

Indigenous politicians have their role as leaders of their community, but it is more important that the persons directly affected by the problem be involved, such as the parents of the apprehended children, as well as the Elders and the communities that are affected by the problem.  The more complex the dispute, the more likely it will be necessary to bring in fact finders to conduct interviews.  The mediator will hear many different perspectives to the dispute.  The beginning is critical.  Through interviews the mediator will seek out the root causes of the dispute and look for common ground among the parties.  The issues will become clear and from this, the mediator can map out the process.  The mediator will then be able to begin to formulate a path forward and consider the opportunity for consensus solutions.  It is only after in-depth fact finding and contemplation by the mediator that the parties will be ready to meet.

Public Policy Mediation requires the mediator to employ strong facilitation skills and the art of diplomacy.  While the process is one of neutral mediation, a negotiator’s skill is necessarily part of the tool kit.  Public Policy Mediation succeeds when the stakeholders enter into the process with a desire to find solutions to, in this case, age old problems of the care of children in need. Political posturing should be left at the door.  For this reason, it is not so much the politicians on both sides of the dispute that should be at the table, but rather those persons who are directly affected.