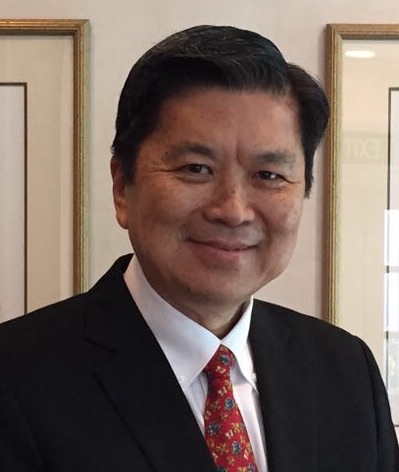 Is mediation advocacy an oxymoron? After all, lawyers advocating in adjudication or in ADR would both be acting in the best interest of the client. The difference arises from the nature and process of mediation and thus the emphasis on a different skillset.

Lawyers are well-versed in advocacy; an art that depends heavily on the application of legal principles. It is still relevant in mediation but the one significant difference of mediation is that settlement is dependent on parties’ consensus, instead of the judge’s or a neutral’s ruling on the case. This requires lawyers to convince the other party(ies) that it is in the best interest of all parties to settle.

In seeking a “Win-Win” versus a “Win-Loss” solution, to be proficient in mediation, lawyers need to be competent in the following skills:

In seeking a “Win-Win” solution, lawyers will need to collaborate and negotiate with the other parties, something that is not commonly practiced in adjudication or arbitration, and by force of habit and in my experience is a major challenge for most lawyers.

b. Resolving deadlock and impasse

Deadlock and impasse are common in disputes. In adjudication or arbitration, the judge or neutral breaks such impasses. For mediation to be successful, parties and lawyers must collaborate with one another, and with the mediator, to achieve a mutually amicable resolution.

One of the useful techniques is to distinguish between “Positions versus Interests”. Disputes often arise when the Parties’ positions (declared intent) are in conflict but their interests (goals) maybe be complementary or not in conflict.

Let me illustrate this with a mediation case that I recently concluded involving ownership and sale of a landed property.

This property was purchased about 20 years ago at $0.9 million, the prevailing market price is estimated to be $3.6 million; held in the name of the mother and the 2nd daughter.  The Applicant is the 2nd daughter, married, 50+ years of age wanting to sell the property but the other two siblings, elder sister and younger brother objected to the sale. The Respondent is their mother, a widow, 70+ years of age, who used to stay in this property but in the last few years due to poor health has been staying with the elder daughter. Since then, this property has been left vacant.

In the joint session, in attendance with the Respondent, beside her legal counsel was her younger son, as the Respondent was illiterate and said to be hard of hearing.

During private session, the Applicant suggested that, due to the current pandemic, since late 2020, her business with her husband had been bleeding. In debt to the bank, she tried to persuade her siblings and mother of her financial difficulties and the need to sell the property. In selling this property she was fined at least $1 million upon sales completion and the balance (about $800,000) may be available to her later, but not later than 5 years. She highlighted that her siblings were eyeing their mother’s wealth.

Respondent shared that she was fine with selling the property, but had concerns about having to immediately distribute the sales proceeds to her children, with the possibility of being abandoned by them thereafter. To avoid facing these concerns, she went along with the objections of her other two children.

The final settlement was for the property to be put on the open market for sale within a fortnight of the agreement; the net sales proceeds to be shared equally between the two co-owners. The Applicant would have $1 million available upon sales completion and the balance would be held in a joint bank account with her mother for up to 5 years or released upon her mother’s death, whichever happens earlier.

The Respondent’s sales proceeds would be parked in wealth management with a reputable banker. She will seek professional legal advice in drafting her will and the matter of her estate.

In summary, the initial position of the Applicant was to sell the property and that of the Respondent was against selling, however, both parties had a common interest, that is, selling the property with “appropriate assurances”.  The impasse was the Respondent’s concerns about 1) immediate distribution of her only wealth – this property and consequently 2) the possibility of being abandoned by her children.

The mediator was able to surface this impasse during private session with the Respondent, in the absence of the younger son. Such ex-parte communication is commonly practised in mediation but may be deemed “improper” in other forms of dispute resolution.

A point to note is that mediation does not always work with parties that are delinquent or hard-core offenders like Intellectual Property infringers that abuse mediation to seek more information for future infringements.

So, what is the urgency to sharpen the other skills required of mediation advocacy?

To lighten the Court caseloads and to shorten the time to resolve disputes, judges are increasingly directing cases to mediation before trials.

The ICSID is similarly moving towards greater use of mediation for multi-million-dollar investor-state disputes. One of the drivers of this shift towards mediation is the speed and ease of setting up mediation, avoiding parties’ relationships becoming adversarial by conducting mediation early in the dispute.

The SCM, a UN convention was drafted to be the equivalent to the New York Convention with regards to cross border enforcement of mediated settlement agreements and it came into force on 12th September 2020.

In Singapore and China, we’re witnessing a rise in the use of mediation even in arbitration cases. If parties can reach full settlement of all disputed issues, it could be recorded as a mediated settlement agreement under the SCM. If the probable enforcement is in a non-SCM signatory jurisdiction, it may still be recorded as a consent arbitral award (or court award where applicable). In cases, where only a few disputed issues remain outstanding, the case may proceed to arbitration and the arbitral award will consist of both consent and arbitrated issues.

For those interested, the ADR Institute of British Columbia virtual symposium on 6-7 June 2022 will host a panel discussion on “Mediation Advocacy for Lawyers”, please register and join in the discussion. More details of this event are posted on their website, https://adrbc.com/2022-adrbc-symposium

John C. G. Lee, C.Arb Cert. Mediator and Chartered Arbitrator, is an independent ADR practitioner and trainer based in Singapore, practising in the Asia Pacific region.