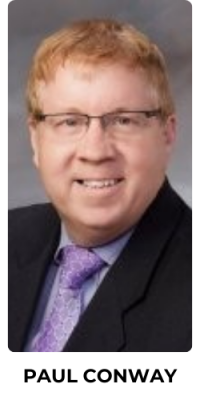 DESCRIPTION :
Mediators want to earn the respect of the parties they work with and, on a broader scale, gain the confidence and trust of the public.  The public will always express a preference for a “professional” to meet any particular need; ideally a regulated and credentialed service provider, and this extends to dispute resolution.  While many mediators practice in regulated fields such as law, insurance and human resources, others are increasingly choosing mediation as a potential career path. If regulated, should we consider mediation to be a “profession” or a « practice »?  Should mediators be regulated as individuals, or just the practice itself?  If regulated, should there be a single regulatory body?  Does mediation « belong » to any existing profession?  Can mediators enhance their public profile and credibility through regulation? Can regulation protect the public who may be harmed by unqualified, incompetent or dishonest mediators?  What are the various regulation models?  Are any being used successfully in Canada or abroad now?

In this lively and interactive session, you will hear from experienced members of our ADR community who will address these topics, explore mediation legislation in other countries, reflect on your questions, and encourage you to share your own thoughts.

Paul Conway has been the Executive Director of the ADR Institute of Alberta (ADRIA) since 2014.   Paul is an experienced HR professional and Mediator with more than 40 years experience with the Canadian Forces / Department of National Defence, the University of Alberta, the Human Resources Institute of Alberta, Oil & Gas, and ADRIA. Before retiring from the RCAF in 2012, Paul was actively involved in the creation and growth of the National Defence Informal Conflict Management Program, providing workplace ADR services to more than 150,000 uniformed and civilian employees. Ultimately, Lieutenant-Colonel Conway served as the program`s Director of National Operations, employing almost 100 Mediators and ADR Trainers at 19 locations across Canada, and engaging more than 20,000 clients annually in proactive ADR training and intervention services. Paul completed a BEng in 1983, his personal mediator qualifications with National Defence in 2000, a Masters degree in Defence Studies with the Royal Military College in 2005, and his CHRP in 2011.