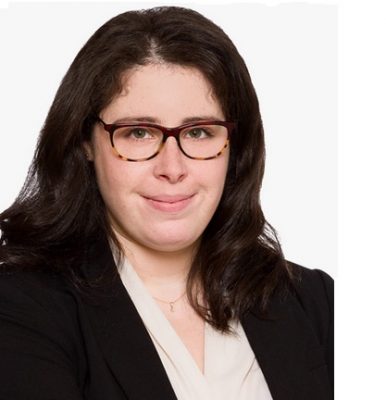 One of the most frequently cited benefits of commercial arbitration is that it offers parties the ability to resolve their disputes out of court, in a private and confidential manner. That benefit may be lost when a party to the arbitration seeks to exercise rights that involve the courts. This article addresses recourse to court provided in provincial arbitration statutes, and offers options for mitigating the risk that a confidential arbitration becomes public in an appeal or application.

Many Canadian provinces permit parties to appeal arbitration awards to court, even where the arbitration agreement does not so provide. In Ontario, British Columbia, Alberta, Saskatchewan, Manitoba and New Brunswick, parties may appeal awards to court on questions of law with leave.[1] Additionally, arbitration statutes in most provinces and territories authorize courts to set aside arbitral awards on a party’s application,[2] and many also permit parties to apply to court for a review of a preliminary ruling on an objection to jurisdiction.[3] As a result, even where the parties initially contemplate a confidential arbitration, a party unsatisfied with a ruling or award may still choose to seek a remedy from the court.

Several options are available where parties want to preserve both confidentiality and their ability to exercise these statutory rights.

One option is to seek protection from the court, through a sealing or other confidentiality order. In a recent Ontario arbitration in which I was involved involving sensitive commercial issues, the Ontario Superior Court Commercial List, which has a mandate specifically including arbitration-related matters, granted a sealing order jointly requested by the parties on an application brought under the provincial arbitration statute. Such a result is no guarantee, and may be less likely in jurisdictions that do not have a court as familiar with the arbitration regime as Ontario’s Commercial List.  There will be some level of risk to a party with an interest in maintaining confidentiality, as parties will not know in advance how amenable the court will be to a request for protective measures, whether made by one party or jointly.

Alternatively, parties should consider creating processes within the arbitration structure. It is open to the parties to agree that appeals, applications to set aside an award, or reviews of jurisdiction decisions be heard by a freshly constituted arbitral tribunal. For example, in a recent Ontario arbitration in which I was involved, involving a highly commercially sensitive dispute, the parties agreed that an application to set aside the final award would be heard by a fresh arbitral tribunal, to which they granted the same powers that a judge would have were the application being heard in court.  While this did not prevent either party from seeking to set aside the final award in court,[4] the parties, who had a shared interest in confidentiality, were able to supplement the rights afforded to them by statute by crafting a process that decreased the risk of publicity that would accompany a court proceeding. The ability to craft this type of appeal or review mechanism is an additional benefit of arbitration.

This option also may be attractive for other reasons, such as if the parties want the ability to appeal on grounds that would not be open to them under the default regime because they fall outside the jurisdiction of the relevant court. For example, British Columbia’s arbitration statute gives the court jurisdiction only over appeals on questions of law.[5] If parties want to supplement their statutory appeal rights and provide for the ability to appeal an arbitral award on questions of fact or mixed fact and law, they can accomplish this within the arbitration structure.

Parties and counsel should consider how to manage these confidentiality issues when drafting pre-dispute arbitration clauses in an underlying agreement, or in any post-dispute arbitration agreements executed at the outset of a new arbitration. Agreeing on a procedure for appeals and applications early on may help to prevent disagreements from arising at a time when one or more parties are already dissatisfied with an arbitration result. Otherwise, an intended responding party to an appeal or application may use confidentiality as a bargaining chip, withholding its agreement to a confidential appeal procedure in hopes of making an unwanted appeal disappear; likewise, the losing party could use the threat of an appeal in court, and the attendant loss of confidentiality, to negotiate a result better than that obtained in the arbitration. While taking early steps to manage longer-term confidentiality issues may not entirely eliminate the risk of losing confidentiality (such as where the applicable legislation prohibits parties from contracting out of a court process),[6] it can significantly mitigate that risk and permit the parties to craft the most appropriate and effective procedure for their dispute.

Rebecca Shoom is an associate at Lerners LLP in Toronto. Her practice focuses on commercial litigation, specializing in commercial arbitrations, business and shareholder disputes and professional negligence.

[4] Section 3 of Ontario’s Arbitration Act provides that parties cannot contract out of the provision empowering courts to set aside an arbitral award on a party’s application.

[5] As of the writing of this article, British Columbia’s Legislature recently gave third reading to Bill 7 – 2020, which will repeal and replace the province’s current arbitration statute with a new Arbitration Act. Under the new legislation, the court’s jurisdiction over appeals only on questions of law will be unchanged.

[6] In Ontario, for example, parties to a commercial arbitration cannot contract out of the statutory provision permitting a court to set aside an award on certain grounds: Arbitration Act, 1991, SO 1991, c 17, s 3.