ADRIC 2020 - Arbitration Appeals:  the Good, the Bad and the Ugly

Arbitration Appeals:  the Good, the Bad and the Ugly

The Honourable Clément Gascon, a former Justice of the Supreme Court of Canada, joined Woods as Senior Counsel in the Spring of 2020. After a career of more than seventeen years in the Canadian judiciary, he returned to the private practice of law, which he had left in 2002. He uses his in-depth expertise and experience to guide and assist parties and their counsel in resolving disputes through arbitration at the national and international levels and acts as strategic advisor in the insolvency, restructuring and litigation matters of the firm.

Admitted to the Quebec Bar in 1982, he worked for twenty years in the fields of civil and commercial litigation and labour law in a national firm and earned a solid reputation as an efficient, well-prepared, and very involved counsel. While working as a lawyer, he taught business law, labour law and construction law at the Université du Québec à Montréal, the McGill University Faculty of Law and the Barreau du Québec.

He was appointed to the Quebec Superior Court in October 2002.  While on that court, he sat regularly as a member of the Commercial Division and acted as the Division's coordinating judge from 2008 to 2011.  This Division hears all commercial law cases, including restructurings under the Companies' Creditors Arrangement Act, proceedings under the Bankruptcy and Insolvency Act and disputes between shareholders. He was appointed to the Quebec Court of Appeal in April 2012, and to the Supreme Court of Canada in June 2014. During his years at the Supreme Court, he notably acted as the Court’s representative within the international organization regrouping the supreme courts of the member states of the Francophonie.

During his judicial career, he maintained his involvement in legal education for lawyers of many provincial bars as well as for law students, particularly in matters relating to written and oral advocacy, commercial litigation and insolvency and restructuring. He has also regularly participated as speaker in continuing legal education seminars for judges on commercial law, class actions and judgment writing. 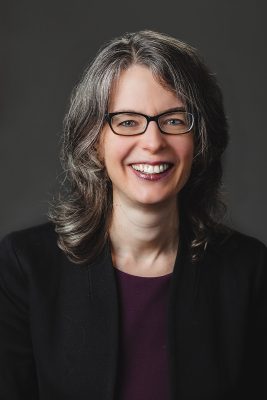 Ludmila is a partner at Farris LLP.  She is a Vancouver-based litigator who has represented clients in corporate, commercial, energy-related and public law cases before all levels of court in British Columbia, the Supreme Court of Canada, arbitral tribunals, and administrative tribunals including the British Columbia Utilities Commission.  She frequently presents at conferences and publishes on issues pertaining to her practice. She is one of the two co-authors of Commercial Arbitration in Canada: A Guide to Domestic and International Arbitrations, a leading text on arbitration law that has been cited by trial and appellate courts across Canada. Ludmila is also the assistant editor of, and a regular contributor to, the Advocate, a legal journal circulated to all lawyers in British Columbia with a readership throughout the Commonwealth.

Carsten has served as arbitrator in both ad hoc and administered proceedings, including under the International Court of Arbitration of the International Chamber of Commerce, and under the ADRIC Rules. Carsten was a Bencher of the Law Society of Alberta from 2006 to 2013, and was President in 2013. As a Bencher he served as adjudicator on disciplinary panels in at least 25 matters, and he served as the Chair of disciplinary panels in at least 10 matters (all of which were followed with decisions written principally by him). Carsten has continued as a Law Society adjudicator, and he has recently assumed the role of Alberta’s representative to the Federation of Law Societies of Canada.

Carsten is a Fellow of the worldwide London UK-based Chartered Institute of Arbitrators. Carsten is also a member of the Professional Conduct Committee of the Institute, which is concerned with the regulation and discipline of members.

Carsten has a Martindale-Hubbell AV Preeminent peer review rating and Judge review rating in both Legal Ability and Ethical Standards and is peer-review recognized by several agencies including Benchmark Canada, Chambers Global, and Best Lawyers in Canada. Carsten has written on arbitration matters of interest to arbitrators and the bar.

More information about ADRIC 2020 - Arbitration Appeals:  the Good, the Bad and the Ugly