Andy is a highly trained and skilled workplace mediator, labour arbitrator, investigator, facilitator and conflict management coach with significant training in Alternative Dispute Resolution (ADR) processes through the University of Windsor Law School Project (having achieved their Executive Certificate in Conflict Management) with Stitt Feld Handy Group and he has supplemented that training with various other professional training to specialize in the management of workplace issues. Andy has also completed the ADR Institute of Canada (ADRIC) Approved National Arbitration Course as well as a labour arbitration course.

Andy is a trained CINERGY Conflict Coach and he is trained in Workplace Harassment investigations through Hill Advisory Services. He is a Genuine Contact Professional haven taken their training in Cross Cultural Conflict Resolution, Whole Person Process Facilitation, Diagnosing and Achieving Organizational Health and Balance. He has trained as a Workplace Fairness Analyst through the Workplace Fairness Institute, in Transformative Mediation with Joseph P. Folger, with Mike Lomax in Conducting Mediation with High Conflict People. Andy keeps current through various other methods of professional development to enhance his ability to work effectively with the people affected by workplace issues. Andy is a member in good standing of ADR Atlantic Institute, President of the ADR Atlantic Institute (ADRAI), a Vice President and Board Member of the ADR Institute of Canada (ADRIC), approved for the Mediators Roster under Rule 37 of the Supreme Court of Newfoundland and Labrador. Based on his experience, training, recommendations, hours of practice and an independent assessment of skills, Andy has received accreditation through the ADR Institute of Canada to hold the Chartered Mediator (C. Med) designation which is recognized throughout Canada.

Andy’s employment background has been primarily in public and post-secondary Education where he has served in numerous senior executive positions, including Director/CEO for 16 years. He has worked for large organizations with staff numbers exceeding 1000, comprised of both unionized and non-unionized employees. He has successfully managed major transitions and negotiations during the downsizing and/or the mergers of organizations with differing complexities and histories.

Andy has operated TRIAD Conflict Management and Consulting Services since 2001 and he has many years of experience dealing directly and successfully with workplace conflict, labour conflict, community conflict, commercial conflict and inter- organizational conflict in Canada and in the Middle East. He has extensive experience as a coach and co-facilitator with the Stitt Feld Handy Group in their Introductory and Advanced Mediation Courses in Newfoundland and Labrador, Alberta, Ontario, Barbados and Trinidad & Tobago.

Andy has extensive experience with labor and commercial arbitration panels (having served on more than 25 panels) and in April 2016, he was named to the Minister’s Roster of Labour Arbitrators in NL. He has completed more than 100 hours of training in the conduct of arbitrations for the resolution of commercial and labour disputes; he has conducted workplace and commercial mediations, workplace investigations/assessments, facilitated group processes for workplaces that were experiencing difficult issues, provided coaching services for managers and employees and he has participated in local and provincial collective agreement negotiations for the employer. 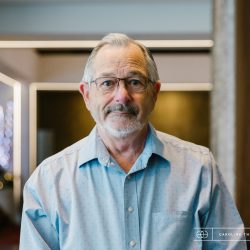 Past President and Director-at-large