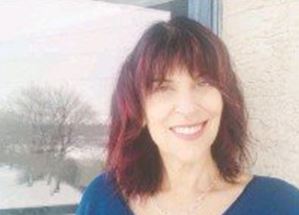 Regina-based mediator Sara Lambert says one of the benefits of early dispute resolution in family law matters is that it puts decisions in the hands of the people involved, and not a judge.

Marriage breakdowns result in incredible stress for everyone in the family. They can also cause strain on the courts.

A variety of options are in place to streamline the court process for criminal and civil matters, including pretrial conferences and mandatory mediation for non-family civil cases in Saskatchewan.

Now the province is pushing ahead in its aim to do the same with family law.

Earlier this month, the provincial government announced it will be extending to Regina, as of March 1, mandatory early family dispute resolution in family law issues. The change has already been made in Prince Albert and the intention is to eventually extend it to the rest of the province.

This will impact issues commonly before the court, such as separation and divorce proceedings, providing an out-of-court option that will help to avoid costly court proceedings, the province said.

“With this change, the majority of family law matters will go through an early family dispute resolution process before moving ahead with court proceedings,” read a news release.

Exemptions exist for matters in which interpersonal violence, child abduction and other “extraordinary circumstances” are a concern, the province added.

Lambert said it’s a bit early to say how the process will work in a practical sense given its mandatory nature. Ordinarily, clients go to her and other mediators on a voluntary basis, so it’s hard to predict how the dynamics might change with those who’ve been told they have to be there. In some cases, it might not work.

That said, Lambert said she believes there are ways to explain to even reluctant clients the benefits of settling certain matters out of court.

“Mediation has some benefits that are undeniable,” she said. “So, for instance, in mediation, the parties are the decision-makers … if they go to court, the judge is the decider of what happens. And a lot of issues that are really, really important to separating spouses are not legal issues that the judge is going to consider.”

In addition to autonomy, mediation is also far cheaper and often takes significantly less time than the court process, she added. Not only is that good for bank accounts, it eases strain by not dragging things out, which can be particularly important for children caught in the middle. And while it’s good for the courts to see matters resolve sooner and more easily, it’s even better for families.

“If (a matter) can be steered towards a dispute resolution process where they are sitting down together with the help of a professional, whether it’s collaborative lawyers helping them go through their divorce decisions, or whether it’s a mediator helping them and sending them off to independent legal advice just to make sure they understand their rights and obligations, they’re going to be able, and quite successful I believe, in resolving a lot of those issues outside of court,” Lambert said.

She added the mediation process can help people learn long-term communication skills, which can help divorced parents work together in the best interests of their kids in an ongoing way.