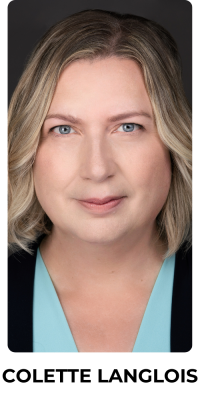 Colette Langlois was appointed as the Northwest Territories’ first Ombud in April 2019. Initially armed only with a cell phone and a brand new Ombud Act,  she established the office, built a small but mighty team, and has led several complaint-based investigations on topics such as property assessment and taxation, housing, and business loan programs, as well as the office’s recently completed first own-motion investigation which led to the report An Ounce of Prevention: Fairness in the Income Assistance Program. Her prior public service includes over a decade with the Northwest Territories Legislative Assembly, with a year as Acting Clerk, and project work on municipal government legislation, indigenous self-government negotiations, and preparations for creation of the Nunavut Territory in 1999. She has also worked on organic farms in the Yukon and Scotland.

Colette is a graduate of the law faculties of McGill University (LLB) and the University of Toronto (LLM), and holds an MSc in Rehabilitation Science from the University of Alberta. Her publications include papers on parliamentary privilege and pediatric speech disorders, and several short stories. She was the winner of the 2016 Writers’ Trust of Canada / McClelland & Stewart Journey Prize, and in 2022 grew the best cantaloupe crop in Hay River (and possibly the entire Northwest Territories).