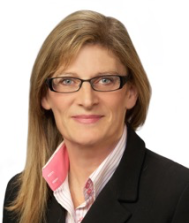 Tiered dispute resolution clauses are often maligned as causing delay and not being effective. However, though no formal analysis is available, the experience of some commercial litigators and business managers would suggest that, when carefully drafted, these clauses are a valuable tool to battle some of the human issues that come into play in resolving complex disputes.

Multi-tiered dispute resolution clauses have become popular as commercial parties look for all means to avoid long, costly dispute resolution proceedings. They generally provide for progressively more elevated and involved steps prior to the parties proceeding to arbitration. They may require project managers to meet, followed by structured senior executive meetings, expert determination, or formal mediation in attempts to resolve the issues between the parties. The intention is to reduce time and costs as well as to preserve relationships.

These clauses are often viewed critically, on the basis that they are ineffective and unnecessary as well as cumbersome and vague, leading to delay and court interventions. I suggest that this is an oversimplification that fails to recognize common human behaviors when disputes arise and which multi-tier dispute resolution clauses can help address. I also suggest that many of the arguments raised against the use of multi-tier dispute resolution clauses can be effectively dealt with by thoughtful drafting. Experience suggests that these clauses can in fact be a very useful tool if properly drafted and applied.

Dealing with the first issue, it is often stated that if sophisticated commercial parties want to settle, they will. However, those with experience in dispute resolution will know firsthand that “commercial parties” are not dispassionate monoliths. They are complex structures made up of individuals who often work in siloed environments and have divergent perspectives on the issues in dispute and different lenses through which they will view any potential resolution.

While seldom discussed, the internal stresses, emotions and motivations of individuals are complicated when disputes arise. Internal relationships are often tested; responsibility for past decisions and actions is debated; bravado prevents free discussion from happening. One person may feel that vindication for past actions is worth more than a monetary settlement. Others may be focused almost solely on the monetary value for good reasons (shareholder value) or less virtuous reasons (bonus calculations). Financial motivations can influence not only the tone of the discussions and the likelihood of settlement, but also the timing of dispute resolution. Financial targets may be affected by assessments and costs associated with disputes and avoiding those decisions may benefit some people.

All of these human motivations, which may be very openly discussed or completely subconscious influences, can make decision making somewhat murky. A tiered dispute resolution process helps to move discussions past individuals (and most importantly past those individuals who are likely to have been directly involved in the actions and decisions that have led to the dispute) and into senior levels within the organization. Having senior management involved early in the dispute can ensure that bravado, lack of perspective and personal interests do not result in settlement opportunities being missed. Engaging senior management early also can ensure that relationships are managed. Acquisition and divestment discussions are often great opportunities to settle disputes in a positive way. Formal mediation has been described by one senior executive as “having a cold glass of water thrown in your face” in terms of bringing some perspective to a company’s view of the dispute. All of this belies the view that, without some formal push, sophisticated parties will settle on their own accord.

As to the claims that multi tiered dispute resolution clauses are cumbersome and vague, those issues can be effectively dealt with by proper drafting. Set out a clear timeline for the discussions, be specific as to who must participate and what participation looks like (for example, a full day meeting with a 10-page summary of position provided two days before). Be clear if the intention is for the process to be a condition precedent to proceeding with an arbitration. To avoid the need for court intervention (and to avoid limitation issues), provide that a party is not precluded from commencing an arbitration and appointing arbitrators prior to the tiered steps taking place. However, make it clear that, other than any supervisory role over the tiered steps, no further proceedings can happen until the conditions precedent are fulfilled. The arbitrators now have jurisdiction to assist in making sure the process runs as per the agreement and no court assistance is required. It also makes it transparent to the arbitrators if one party is not appropriately participating in the process. Experience suggests that having the ultimate decision makers overseeing the process makes it much more likely that both parties will bring a fair effort to the tiered process.

If the provision is clear, concise and allows for the process to move only as far as having arbitrators appointed, a tiered dispute resolution provision can be fast and effective in helping the parties resolve disputes early. Don’t believe the bad press, just draft carefully.

Mary E. Comeau is an Independent Arbitrator with Calgary Energy and Commercial Arbitrators in Calgary, Alberta.  She has been recognized by numerous organizations as a leading lawyer in Arbitration and most recently by Best Lawyers in Canada for 2020 in ADR, Corporate and Commercial Litigation and International Arbitration.