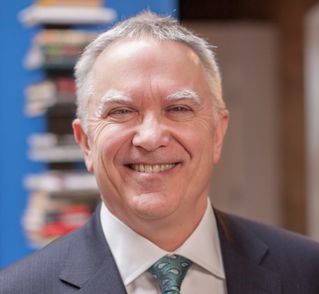 Multi-tiered, or step, clauses that call for parties to first negotiate or mediate disputes before going to arbitration, are relatively common. But if a party proceeds straight to arbitration, does the tribunal lack standing altogether? The matter was recently addressed by a court in Hong Kong, which like Canada is a Model Law jurisdiction.

If a party commences an arbitration without first abiding by contractual provisions calling for the dispute to first be negotiated or mediated in good faith, does the arbitral tribunal have any jurisdiction to hear the dispute at all?  Can it at least decide whether the dispute has been properly placed before it?

In the Hong Kong case, the parties’ agreement called for disputes to be negotiated between their respective CEOs for a period of time before either party could commence an arbitration.  Company D gave notice of the dispute, saying the matter should be referred to the parties’ senior management teams.  Company C’s lawyers took issue with the notice, but no steps were taken to have the CEOs meet.  The period for negotiations passed and Company D served a notice referring the dispute to arbitration.

Company C disputed the arbitral tribunal’s jurisdiction but agreed to have it proceed without prejudice.  The tribunal determined it had jurisdiction and made a partial award on liability in favour of Company D.  Company C then sought a declaration from the court that the tribunal lacked jurisdiction to make the partial award and asked for it to be set aside under the Hong Kong Ordinance’s equivalent of Article 34 of the Model Law.

Mr. Justice Godfrey Lam Wan-ho (since elevated to the Court of Appeal of the Hong Kong High Court on June 9, 2021) dismissed Company’s C proceeding after undertaking a comprehensive review of learned authors on the subject, including Gary Born, Jan Paulsson and Sir David Williams, as well as case law from the US, UK, Singapore and Hong Kong.  He held that this was a matter of admissibility, not jurisdiction.

The relevant parts of the clause in question were as follows:

14.2 Dispute Resolution.  The Parties agree that if any controversy, dispute or claim arises between the Parties out of or in relation to this Agreement, or the breach, interpretation or validity thereof, the Parties shall attempt in good faith promptly to resolve such dispute by negotiation.  Either Party may, by written notice to the other, have such dispute referred to the Chief Executive Officers of the Parties for resolution.  The Chief Executive Officers (or their authorized representatives) shall meet at a mutually acceptable time and place within ten (10) Business Days of the date of such request in writing, and thereafter as often as they reasonably deem necessary, to attempt to resolve the dispute through negotiations.

14.3 Arbitration.  If any dispute cannot be resolved amicably within sixty (60) Business Days of the date of a Party’s request in writing for such negotiation, or such other time period as may be agreed, then such dispute shall be referred by either Party for settlement  exclusively and finally by arbitration in Hong Kong at the Hong Kong International Arbitration Centre (‘HKIAC’) in accordance with the UNCITRAL Arbitration Rules in force at the time of commencement of the arbitration (the ‘Rules’).

Mr. Justice Lam held that the provision of s. 14.2 calling for negotiations before arbitration was not a condition precedent to the commencement of an arbitration.  For that to be the case, the parties would have had to expressly said so in their agreement.

The clause, he concluded, should be viewed as part of the parties’ procedure with respect to the timing and conduct of the arbitration.  It is one thing to say that a claim has been brought before a tribunal at the wrong time, but another to say the tribunal lacks standing altogether, and that the matter should go before a national court for determination on whether an arbitration can commence.  Mr. Justice Lam referred favourably to the recent English case of The Republic of Sierra Leone v. SL Mining Ltd, [2021] EWHC 286 (Comm).  Faced with a similar controversy, the court there held that the issue “is not whether the claim is arbitrable, or whether there is another forum rather than arbitration in which it should be decided, but whether it has been presented too early … [which] is best decided by the Arbitrators.”

Mr. Justice Lam noted that by allowing the tribunal to deal with the issue, as one of admissibility and not jurisdiction, then if the tribunal finds that initial stages of a multi-tiered dispute resolution clause have not been fulfilled, “it can give effect to the contractual requirement by, for example, ordering a stay of the arbitral proceedings in whole or in part pending compliance with the clause, imposing costs sanctions, or even dismissing the claim outright as inadmissible.”  This approach, he concluded, respects the parties’ autonomy in choosing arbitration as the forum to resolve their dispute.  “It would not be conducive to swift dispute resolution if controversies regarding procedural conditions such as that in the present case are regarded as jurisdictional questions, opening the way for duplicated arguments in court proceedings.”

This issue has, to date, not been considered extensively by Canadian courts.  In Alberici Western Constructors Ltd. v. Saskatchewan Power Corporation, 2015 SKQB 74, aff’d 2016 SKCA 46, the parties’ clause required them to “make all reasonable efforts” to resolve their disputes by negotiation but did not set a time within which negotiation must take place.  It was held that this clause did not establish a condition precedent to arbitration; “stronger language would be required to draw such an interpretation.” (QB at para. 67).

More recently, in Consolidated Contractors Group S.A.L. (Offshore) v. Ambatovy Minerals S.A., 2017 ONCA 939, lv. to app. ref’d 2018 CanLII 99661 (SCC), the Ontario Court of Appeal considered whether counterclaims raised by the respondent in the pleadings stage of an arbitration should have first been subject to the parties’ agreed pre-arbitration dispute process.  The Court held that it was within the tribunal’s remit to find that that process did not apply to claims of one party that were closely connected to the claims already submitted to arbitration by the other party.  The issue before the tribunal was not a “true question of jurisdiction” and therefore not reviewable by the court.

Douglas Harrison, FCIArb, is an independent commercial arbitrator based in Toronto and the chair of the Toronto Commercial Arbitration Society.