Hearing the Voice of the Child in Family Law Arbitration

This session will look at the source of arbitrators' obligation to hear the voice of the child in family law disputes, discuss the available alternatives and provide an outline of best practices for arbitrators' interviews of children. 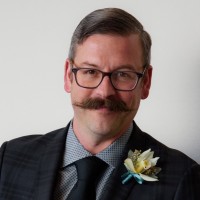 John-Paul practiced family law in Vancouver for 14 years before taking a position as the executive director of the Canadian Research Institute for Law and the Family, a non-profit organization affiliated with the University of Calgary, in 2013. He took his training as a mediator in 2005, as a parenting coordinator in 2007, as an arbitrator in 2011 and as a collaborative practitioner in 2012. He returned to private practice, providing services throughout Alberta and British Columbia, in 2018 and was appointed Queen’s Counsel in British Columbia in 2019.

John-Paul is a member of the ADR Institute of Canada, Family Mediation Canada, the Association of Family and Conciliation Courts and the Canadian Bar Association, and a former fellow of the International Academy of Family Lawyers. He presently serves on the board of directors of Family Mediation Canada, the executive committee of the CBA’s Child & Youth Law Section and the CBA Alberta’s Access to Justice Committee. He is a juror of the Walter Owen Book Prize, awarded by the Canadian Foundation for Legal Research, and the Allan Falconer Memorial Essay Contest, awarded by the Canadian Journal of Family Law.