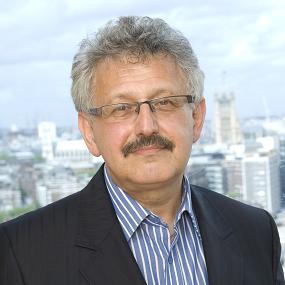 A ‘robot mediator’ has been used to settle a dispute in the court system, for what is believed to be the first time.

The online tool, which uses artificial intelligence (AI) algorithms in place of a human mediator, settled the three-month dispute in less than an hour.

Mr Ross told Legal Futures that the dispute concerned around £2,000 in unpaid fees claimed by a trainer from a client following a personal counselling course.

He said the parties, who he referred to as E and D, had opted to use the online money claims court, which is in its public beta phase.

Despite an attempt at telephone mediation with a court official, they had failed to settle their case and a hearing date had been fixed.

“It so happens that this is the first case issued in the courts that has been settled in this way,” Mr Ross said.

“One of the parties knew about my work, and I had been working with the Smartsettle team. I arranged for both sides to use it and they did.”

Smartsettle ONE was developed in British Columbia by ICan Systems, headed by its president, chief executive and ‘inventor’ Dr Ernest Thiessen.

It allows parties to make offers and counter-offers by moving flags along sliders – a green one seen by the other side and a yellow flag which is not. Mr Ross described the yellow flag as “effectively a blind bid”.

Mr Ross said algorithms learn the bidding tactics and priorities of the parties employed and help ‘nudge’ them into a settlement, without revealing their secret bids.

“The system uses algorithms to help parties avoid the negotiation dance where they put forward offers which are not their best. It also rewards the party that makes the biggest effort to settle.”

“If it’s a straightforward case of a car coming out of a side road and insurers know that they need to settle, you still have the game where the lawyers don’t want that because of their fees.

“Insurers might not like open bidding, which could damage their negotiation strategy, but using something like Smartsettle would allow them to bid high early, to reduce legal fees, and make secret bids.

“Settling the case would not reveal anything about their negotiating policy. That’s the beauty of this.”

Mr Ross said he used Smartsettle ONE in the training sessions he runs for mediators at odrtraining.com.

He is also working with ICan Systems on Smartsettle Infinity, which allows parties to build conditions into the process, and is particularly suited to business disputes.

Conditions could include an agreement to withdraw a bad consumer review, continue buying products from a company or pay by instalments.

“If you are paying over 12 months, you are likely to pay more money.”

Both versions of Smartsettle are currently free of charge.

Mr Ross added: “Mediators may complain that this will do them out of business. It won’t. It’s a tool to improve the chances of the parties in reaching agreement.”