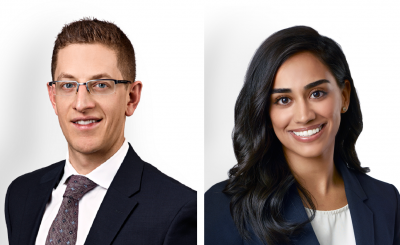 A key feature of international commercial arbitration is the selection of the “seat”. The importance of carefully selecting the seat, particularly in terms of challenges to the award, is highlighted in the recent decision of the Ontario Superior Court of Justice in The Russia Federation v Luxtona Limited (“Luxtona”).[1]  Luxtona is a novel and significant case for commercial arbitration law and practice in Canada.

A. SEAT OF ARBITRATION

Canadian law adopts the “seat theory”[2] and each province (except Quebec) has incorporated the UNCITRAL Model Law on International Commercial Arbitration (the “Model Law”)[3] into its international commercial arbitration act. Thus, for arbitrations seated in Canada, Canadian courts have the sole authority to set aside an award, and exercise this authority based on the grounds enumerated in the Model Law.[4] Although each country’s arbitration laws are similar, they are not identical. For instance, England’s Arbitration Act 1996 (the “1996 Act”),[5] enables a party to challenge an award based on a “serious irregularity affecting the tribunal, proceedings or award,”[6] and to appeal to the court on questions of law.[7] The Model Law does not contemplate this recourse.

Luxtona concerned a USD$701M arbitration commenced by Luxtona Limited, a former shareholder in “Yukos” (the now infamous defunct Russian energy company), against the Russia Federation for breaches of the Energy Charter Treaty.[8] Russia objected to the tribunal’s jurisdiction, which led to a 16-month “process of pleading, evidence gathering, disclosure and trial of the preliminary issues raised by Russia’s jurisdictional objections”.[9] In March 2017, the tribunal released a lengthy interim jurisdictional award and unanimously dismissed Russia’s objections (the “Interim Award”).

In April 2017, Russia applied to the Ontario Court to have the Interim Award set aside under Article 16 of Model Law, which enables the Court to set aside a jurisdictional determination made as a preliminary matter. Russia made the application to the Ontario Court because the arbitration was seated in Toronto.[10] In support, Russia filed evidence that it had not submitted to the tribunal.[11] Justice Penny, who heard the application, directed a preliminary hearing to determine whether the new evidence was admissible for the purposes of the set aside application.

In reasons dated December 13, 2019, Justice Penny concluded that fresh evidence is not admissible for an application to set aside a jurisdictional award under Article 16 of the Model Law, except in limited circumstances, and declared Russia’s new evidence inadmissible.

Justice Penny held that an application to set aside a preliminary jurisdictional award is a “review” of the tribunal’s decision on the “correctness” standard, but not a de novo hearing by the Court. In other words, the Court’s review of a preliminary award is limited to the existing record, in most cases.[12]  Justice Penny reached this result by applying authority of the Ontario Court of Appeal.[13] He said that (i) giving effect to the competence-competence principle requires that parties put all of their evidence before the tribunal in the first instance; and (ii) the “integrity” of the arbitration process is at risk if the “losing party could, on a jurisdictional review by the court, effectively replace the record it put before the tribunal”.[14]

Justice Penny also acknowledged that English authority generally describes the court’s review of a jurisdictional award as a de novo hearing permitting fresh evidence,[15] but declined to follow that approach. He found, among other things, that the Model Law is materially different from the 1996 Act, as the latter contemplates greater potential intervention by the courts.[16]

Luxtona is significant for the practice of international arbitration in Canada for several reasons. First, it highlights the effect of the seat of arbitration: differences exist between Canadian and English law regarding how a court will review a preliminary jurisdictional award. A Canadian Court will restrict itself to the record, while an English court may consider the matter de novo. The decision likewise highlights the more extensive powers to challenge an award under the 1996 Act compared to those under the Model Law. Parties should consider these differences when they prepare arbitration clauses or submission agreements. Luxtona is a particularly helpful reminder in light of the COVID-19 pandemic, as parties will presumably be turning to arbitration more frequently.

Second, Luxtona is noteworthy for its pro-arbitration approach. In rejecting the de novo standard, Justice Penny was mindful of the need to make the principle of competence-competence meaningful and to prevent a party challenging jurisdiction from ‘splitting its case’. While he was clear that a court would consider a “true jurisdiction” interim award on the “correctness” standard, he did not go further to invite a fresh record. This appears to be a reasoned balance in the circumstances.

In short, Luxtona is a key decision for parties seeking to challenge a preliminary award in Canada.

Jack R. Maslen is a Senior Associate in the Disputes Group at Borden Ladner Gervais LLP Calgary. He is a graduate of the Oxford University B.C.L. program where he focused on ADR and international arbitration.

Shereen Khalfan is a Student-At-Law at Borden Ladner Gervais LLP in Calgary and a graduate of Osgoode Hall Law School. Her main interests of practice are commercial litigation and arbitration.

[8] Note: Luxtona was in fact the Ontario Superior Court of Justice’s second hearing (a “re-hearing”) of whether Russia could adduce new evidence in support of its set aside application. Initially, Justice Dunphy heard the issue in March 2018, and determined that the new evidence could be admitted: see, Russian Federation v Luxtona Ltd, 2018 ONSC 2419 (the “Initial Luxtona Decision”). Subsequently, Justice Penny replaced Justice Dunphy as the judge to hear the set aside application, and thus considered Russia’s ability to adduce new evidence in Luxtona.

[12] Ibid at paras 69-70 Specifically, in relying on Ontario litigation principles, Justice Penny enunciated the following test for when new evidence may be admissible for a set aside application:

“A party seeking to adduce fresh evidence in this circumstance must show that:

1) the evidence could not have been obtained using reasonable diligence;

2) the evidence would probably have an important influence on the case;

3) the evidence must be apparently credible; and

4) the evidence must be such that if believed it could reasonably, when taken with the other evidence adduced at the hearing, be expected to have affected the result.”