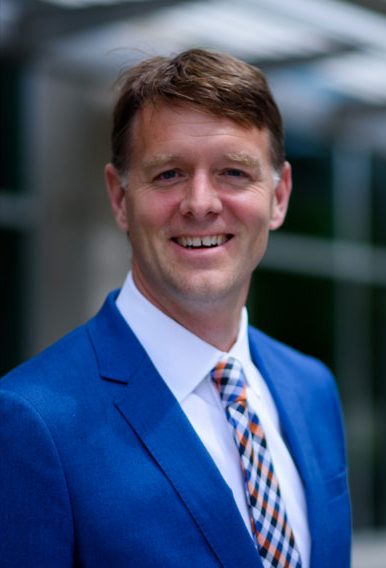 While sports arbitration has historically been a relatively niche practice area in Canada, there is a well-developed ADR system in place at the federal level. Recent developments suggest that there will be an increase in demand for mediation and arbitration in the Canadian sport system, especially as it relates to the amateur (and often Olympic) sport sector. Meeting this demand ought not be a problem, given Canada’s existing sports arbitration infrastructure and stable of esteemed ADR professionals

Historically, sports arbitration in Canada was a niche practice area, shared by a small number of high-profile practitioners acting for NHLers and select amateur athletes, often Olympians. Today, this niche is expanding, as more athletes set aside or postpone career plans in pursuit of athletic excellence. This growth in the amateur athlete world has resulted in an increase in the number of legal disputes – disputes most often resolved through mediation or arbitration rather than through court systems.

Arbitration is well established internationally as the preferred method of sport dispute resolution.  Foremost in this arena is CAS – the Court of Arbitration for Sport based in Switzerland. Initially conceived to resolve Olympic-related disputes, CAS has expanded its independence and its reach over the years. It continues to resolve disputes at the Olympic level (including having panels on site at the Games), but also hears sport doping cases (international sport federations must abide by the World Anti-Doping Code, which appoints CAS as the final arbiter) and increasingly professional sport cases, notably football due to various agreements with FIFA, UEFA and others.

A 2001 White Paper recommended that Canada emulate CAS and create a sport-focused arbitration centre. History had shown that courts were expensive, unwieldy for athletes, and often not able to handle disputes on a timely basis. The result was the Sport Dispute Resolution Centre of Canada (SDRCC), as established by the Sport and Physical Activity Act. Federally-funded sport organizations are now compelled to resolve disputes with athletes and coaches through this centre rather than through the courts.

Also like CAS, the SDRCC hears domestic doping cases. While it mostly handles disputes at the national level, the SDRCC is also available to manage other disputes on a fee-for-service basis (with agreement of the parties) and is often the final level of appeal for decisions of local or provincial sport organizations, many of which manage their own internal appeal processes. An interesting quirk of the SDRCC, via its statutory mandate, is that arbitration decisions are public, allowing for a body of case law and precedent to be developed.

Over the first ten years of its existence, the SDRCC handled on average 40 cases per year, split approximately evenly between doping cases and others. These other cases often pertain to team selection, but also extend to funding decisions as athletes contest decisions made by their sport federations to remove them from eligibility for athlete financial assistance programs. Some cases, often team selection matters, are resolved within 24 hours (the current record is 3 hours and 8 minutes from filing to judgment being rendered). More recently, cases heard by SDRCC arbitrators and mediators in a year have trended upwards of 70.

The SDRCC maintains a roster of arbitrators and mediators (currently approximately 50 members) who are appointed for four-year terms. The Centre also provides case management for disputes, including personnel and access to a secure web-based case management portal, along with extensive video and conference call capacities. While roster members change over the years, the roster has included many esteemed Canadian lawyers and judges.  Members over the years have included The Honourable Robert Armstrong (Ont. CA), The Honourable Robert Décary (Fed CA), The Honourable Hugh Fraser (Ontario CJ), The Honourable Graeme Mew (Ont SCJ), along with practitioners such as Richard Pound, Richard McLaren, Yves Fortier, Carol Roberts, and many others.  Similarly, there is a growing cadre of experienced and effective counsel.  A case in point is James Bunting who argued many cases before the SDRCC, but has increasingly taken on high profile and complex international sports arbitrations, including the Dutee Chand and Caster Semenya cases.

Arbitrating sport disputes has proven to be a very effective alternative and is likely to keep growing – perhaps exponentially. In addition to the growth in the amateur athlete world and the increasing sophistication of athletes generally, the MeToo movement has brought a reckoning in the sports community regarding abuse, harassment, and maltreatment at all levels. A renewed commitment to safe sport principles is being seen internationally – and in Canada.  Federally, a Universal Code of Conduct has been developed and an enforcement system is imminent to address these issues – Sport Canada has already issued a Request for Proposals following the completion of a report by Richard McLaren, a well-known sports arbitrator active with both the SDRCC and CAS.  Indeed, it is anticipated to be in place, at least tentatively, this year. The SDRCC has recently created a new division (the Safeguarding Tribunal) to hear cases of that nature. Arguably the Universal Code will increase the number of persons seeking arbitration or mediation. While traditionally arbitration was largely limited to athletes and their federations, the Safe Sport initiative is likely more often to engage coaches, officials, volunteers and possibly even parents.

The growth of sports arbitration in Canada has been driven by the professionalization of sport. No longer are athletes hanging up their socks after high school or even university. Instead, they pursue sport as a profession, often well into their 30s or later. Making national teams, gaining funding, and accessing travel/high profile competitions are necessary to pursue their goals, but also to maintain their training, their sponsors, and their careers. Today, with the increasing focus and recognition of safe sport, the realm of sport dispute resolution is most likely to expand. Livelihoods and reputations are at stake – and arbitration and mediation are likely to be the primary resolution method.

David de Vlieger is a Calgary-based litigator with extensive experience in resource and sport-related arbitrations. He is the former chair of the Sport Dispute Resolution Centre of Canada, and a current director of the Canadian Olympic Committee.