Mr. Faucher held several leadership & Human Resources positions in the course of his career. In the area of dispute resolution, he sharpened his skills as a trainer, coach, investigator and mediator. M. Faucher conducted over 350 investigations and numerous mediation sessions. He is a champion for innovative management intervention and conflict resolution tools such as Coaching, Training, Mentoring and Mediation.

Admitted to the Institute for Mediation and Arbitration of Quebec (IMAQ) a local branch of ADR Canada, he became involved as a volunteer in the labor relation committee whose mission was to promote dispute resolution methods such as negotiation and mediation with various stakeholders in the business and social groups. Mr. Faucher was elected on the Board of IMAQ in April 2017.

Mr. Faucher was awarded the RCC (Registered Corporate Coach) designation with the WABC (World Association of Business Coach). The WABC and RCC designation is another aspect of his engagement of promoting Alternative conflict resolution.

Since 1984 Mr. Faucher is a volunteer for St. John Ambulance. He has accumulated more than 13,000 hours of volunteer service and held several operational and administrative functions; such as training officer, Human Resources Director, Area Director and Chairman of the Quebec’s board of director.

Mr. Faucher was admitted in 2007 and promoted to the rank of Officer in 2010 and Commander in 2013 in the Most Venerable Order of the Hospital of St. John of Jerusalem, for his leadership and promoting the work of St. John Ambulance. He also received a commendation from the Provincial Chair in 2009 and Received the St. John Ambulance long Service medal.

Mr. Faucher was appointed Aide de Camp (AdeC) in 2011 & 2015 for the Quebec’s Lieutenant-Governor’s for his work with St. John Ambulance and also received in February 2012 The Queen’s Diamond Jubilee for his commitment in the community. 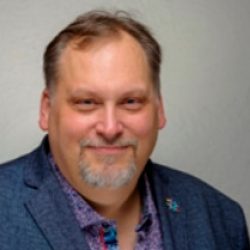