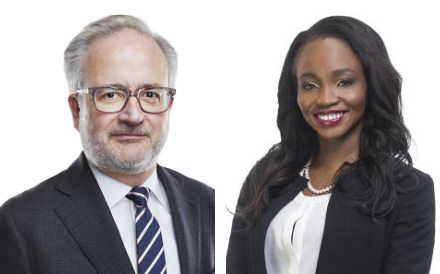 Multi-step dispute resolution clauses introduce escalating methods of conflict resolution, usually culminating in mandated arbitration. While these clauses can enhance dispute resolution efforts, they can also complicate proceedings by introducing uncertainty. For example, when one party refuses to comply with pre-arbitral steps, is the matter ripe for arbitration? Does the limitation period for an action begin after a dispute arises or after pre-arbitral steps conclude? Recent case law provides further insight. Ultimately, with so much on the line in complex, commercial agreements, drafters must be vigilant when crafting dispute resolution clauses.

In recent years, arbitral tribunals and courts around the world have taken on a variety of cases that set the stage for multi-step dispute resolution clauses and provide clarity on limitation issues that arise in relation to these clauses.

Multi-step, multi-tiered, or escalation clauses, are contractual provisions that require parties to engage in specified procedures prior to initiating arbitration. [1] These procedures can comprise one or more steps and range from friendly discussions and “cooling-off” periods to negotiations and mediations.

When a party does not comply with stipulated pre-arbitral steps and prematurely seeks arbitration, the ramifications can be significant and may preclude a party from exercising rights it otherwise would have. This issue turns on whether the pre-arbitral steps are mandatory or simply permissive.

If the tribunal finds that the pre-arbitral steps are a necessary step, i.e. condition precedent, that must occur before a party can commence an arbitration, and the claimant is unable to prove that such condition precedent has been fulfilled, then the notice of arbitration will be premature and the arbitral tribunal may lack jurisdiction.

Another challenge that arises is the uncertainty about the application of limitation periods because of the difficulty in ascertaining when pre-arbitral steps, such as negotiations, are at an end. Recent court decisions have provided more guidance on this point.

Failure to Complete Pre-Arbitral Steps is an Admissibility Issue

In Republic of Sierra Leone v SL Mining Ltd, [2], the High Court of Justice in England (“EWHC”) said the issue was not whether the claim itself was arbitrable but whether the claim was admissible due to the prematurity of the proceedings. The EWHC agreed with the arbitral tribunal that if the negotiation period is viewed as a condition precedent for the arbitration “it could therefore only be a matter of procedure, that is, a question of admissibility of the claim, and not a matter of jurisdiction.” [3]

In NWA v NVF, [4] the question before the EWHC was whether a party’s failure to comply with a term of an arbitration agreement to first mediate the dispute before referring it to arbitration results in the arbitral tribunal not having jurisdiction to hear the dispute or concerns only a challenge to the admissibility of the dispute. The Court concluded that non-compliance is a question of admissibility for the tribunal to determine. The Court noted that a consequence of interpreting compliance with pre-arbitral steps as a matter of jurisdiction is that, where one party refuses to comply with pre-arbitral steps, “the tribunal would never gain jurisdiction over the dispute, despite the parties clearly having agreed to arbitrate their disputes.” [5]

Courts have consistently taken the approach that determining whether the limitation period has elapsed is an exercise to be undertaken on a case-by-case basis. Courts will look at the wording of the arbitration clause and consider the context in which it was negotiated. For example, in Maisonneuve v. Clark, [6] the Ontario Court of Appeal (“ONCA”) upheld a lower court ruling that the limitation period for the dispute began when Maisonneuve realized, or ought to have realized, that pre-arbitral steps would be unsuccessful based on the communications between the parties’ counsel.

The ONCA stated “… it was open to the appellants [Clark] to let the respondents [Maisonneuve] know at any time that no further negotiations would take place. Indeed, this is what occurred in January 2018, which the application judge found triggered the start of the limitation period.” [7] As such, the ONCA found that the trial judge did not err in holding that pre-arbitral steps were a condition precedent to arbitration and the limitations period began when those pre-arbitral steps were frustrated.

To limit the issues discussed above, some drafting recommendations include:

Timothy St. John Ellam, QC, FCIArb is a partner in McCarthy Tétrault’s litigation and arbitration group in Calgary and London and co-chair of the Firm’s International Arbitration Practice group.

The authors would like to acknowledge the valuable assistance of Mirabelle Harris-Eze, summer student at McCarthy Tétrault (University of Calgary, Faculty of Law).