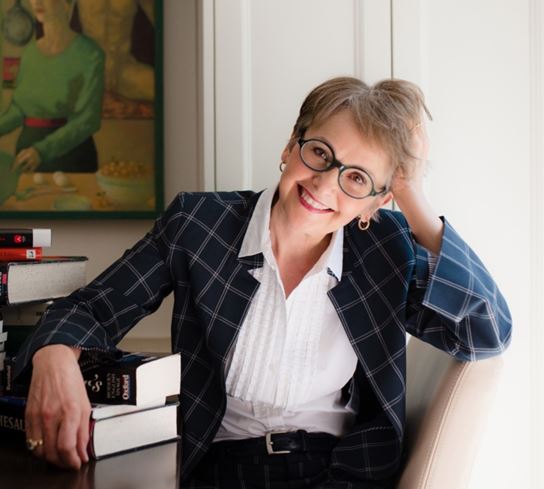 Dispute resolution practitioners use goal-oriented terms like substantive justice and procedural justice to describe the outcomes they hope to achieve. But what about hermeneutical injustice? What does that mean? As a complainant in a discipline process, the author learned firsthand that, simply put, hermeneutical injustice means “What you do not know that others know can hurt you ».

In the late 1980s, I began studying and practising ADR, working to master not only the skills but the lingo—substantive justice, procedural justice, relational justice, restorative justice… But hermeneutical injustice? I had never heard of that until my pandemic reading brought me to Ace[i] by Angela Chen. Once I understood what she meant by hermeneutical injustice, I knew immediately that I had experienced it—not in Chen’s context but as a complainant in a discipline process.

The term is intimidating. Hermeneutical, I learned, just has to do with interpreting experiences. Hermeneutical injustice, as initially conceived, occurs when a group lacks the concepts or words to allow someone to make sense of an experience. The term was coined in 2007 by British philosopher Miranda Fricker[ii] who thought of it as a systemic wrong “not perpetrated by individuals.” As an example, she applied the notion to a woman who, before “sexual harassment” was a recognized term, experienced unwanted advances from a man in her workplace, but lacked the vocabulary or concepts to express and process what was going on.

Since 2007, other writers and thinkers have expanded and critiqued Fricker’s concept. In 2012, Alyssa Cirne[iii] questioned why hermeneutical injustice could only be systemic. She pointed to situations in which individual actors deliberately obstruct or manipulate knowledge to their benefit, to the disadvantage of another—like the father and husband who negotiated the bride price for a nine-year-old. The girl knew that something was not right but not the terms of the deal or that she was too young to be legally married. Cirne argued that Fricker’s “systemic” characterization left no space to hold accountable “malicious agents” like the father and husband for their abuse of power.

Like the child bride, I too experienced the deliberate withholding of information by people in-the-know who were invested with social power. I wrote about this in my book, Don’t Lose Sight, only I did not know to use the hermeneutical label.

In my case, an optometrist had misdiagnosed a detached retina, a painless but sight-threatening emergency. After two remedial surgeries, I made a formal complaint to the optometrist’s regulatory body. The regulator provided little, if any, information about its process except to tell me that, if I insisted, I could attend the discipline hearing to make a “victim impact statement”, provided I shared my remarks beforehand. At the public hearing, an expert’s report about my eye was put into evidence, but when I asked for a copy of the exhibit immediately after the hearing, I was actively opposed by counsel for the regulator and the optometrist together with special counsel hired to advise the discipline panel. I was not allowed to get a copy of the report, or to see it. Why? Because I did not add myself as a “party” to the proceedings at the time of the hearing and should have known to do so. Even today I marvel at this after-the-fact use of specialized procedural knowledge to withhold from me substantive information accessible to every other participant.

Years later, the lawyers relented and the regulator released the report. When I finally read it, as dispassionately and objectively as I could, I was taken aback; I had not previously understood the magnitude of the optometrist’s mistake. But it was too late to do anything about it.

Had the report not been withheld from me by those in authority, I would have been able to make more sense of what had happened to me as a patient. More importantly, since my motivation in making the complaint was the protection of other patients, I would have been capable of more informed participation in the process. I could, for instance, have tried harder to influence the outcome, arguing for stringent remediation—fundamental retraining— of the incompetent optometrist, instead of the gentler outcome that the panel accepted.

Hermeneutical injustice is so much harder to say than “just plain wrong,” but I am glad I can now view my unpleasant experience as a complainant through that lens. It somehow makes it more acceptable.

More broadly, the term is valuable to those of us who provide dispute resolution services. It reminds us that not everyone knows the terminology and acronyms that we use, like interests, ADR, and BATNA. More importantly, it reminds us to take care that all participants have equal access to information about the process and the topic under consideration.

[i] See Ace: What Asexuality Reveals About Desire, Society, and the Meaning of Sex by Angela Chen (Penguin Random House, 2020)

Genevieve Chornenki is editor-in-chief of the Canadian Arbitration and Mediation Journal and the author of Don’t Lose Sight: Vanity, Incompetence, and My Ill-fated Left Eye (Iguana Press, 2021).