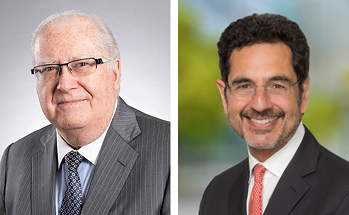 In Canada, under the Model Law Article 19, if the parties have not agreed on a procedure, the arbitral tribunal “may, subject to the provisions of this Law, conduct the arbitration in such manner as it considers appropriate. » The provincial domestic arbitration Acts all have similar provisions. Simply put, unless there is some other provision of the Model Law, an applicable statute, or the arbitration agreement that would prevent it, the arbitral tribunal has jurisdiction to conduct the arbitration by way of videoconferencing. For instance, this implicates Article 24 of the Model Law which provides that an oral hearing must take place if any party requests it, and Article 18 which provides the parties must be treated with equality and each party given a full opportunity to present its case.

In the United States, arbitrators also have broad latitude in the conduct of arbitral proceedings, which can include the ability to conduct hearings by videoconference. Section 10(a)(3) of the Federal Arbitration Act (« FAA« ) has been interpreted by the courts to mean that an arbitration award may not be vacated unless there is a “violation of fundamental fairness.”[2] Arbitrators are required only to allow each party an “adequate opportunity to present its evidence and argument.”[3] State laws are similar; New York law provides few constraints on conduct of an arbitral hearing, so long as parties are able to present evidence, and cross-examine witnesses.[4]

The word “hearing” has become a “generic label to describe trials, appeals, and a host of interlocutory [court] proceedings” and “contrary to the intuitive sense of the word, the « hearing » need not be an auditory experience; the evidence can assume the form of affidavits, transcripts or other documentary material. »[5] A « hearing » has come to mean the right to present one’s side of the case[6] or, as expressed in the French legal word for a hearing, an « audience.”  The various provincial arbitration acts and the Model Law acknowledge this broad definition by stating a party may require an oral hearing, not simply a hearing. However, with a two-way video link, witnesses and counsel may orally present evidence and argument and the arbitrator can hear and control the process. The Canadian cases confirm[7] that a video conference proceeding is a viva voce hearing.