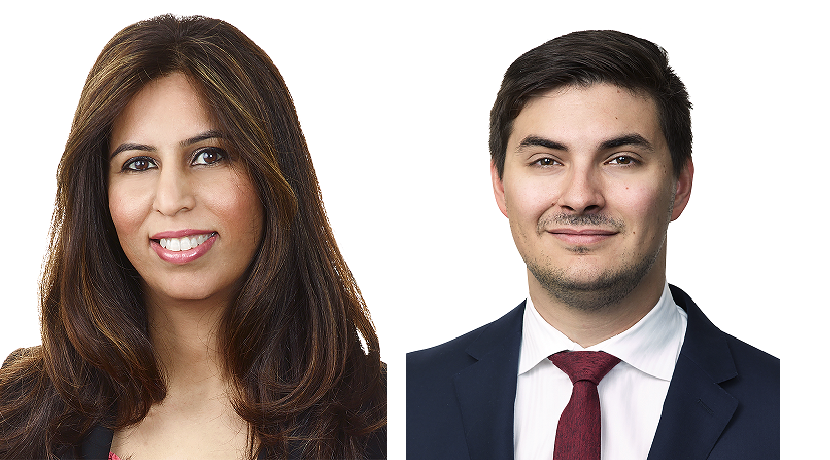 The Supreme Court of Canada (“SCC”) recently held that a mandatory arbitration clause was unconscionable.  The clause was in a standard form contract, mandated disputes to be resolved through International Chamber of Commerce (“ICC”) rules, required claimants to pay a US$14,500 commencement fee, and specified that the place of arbitration was the Netherlands. The majority of the SCC restated the test for unconscionability, and recognized a new exception to the “competence-competence” principle. The decision significantly impacts use of arbitration clauses in standard form contracts between parties of unequal bargaining power, such as those commonly used by participants in the gig economy.

On June 26, 2020, the SCC released its decision in Uber Technologies Inc. v. Heller (“Heller”). For context, Mr. Heller commenced a proposed class action against Uber Technologies Ltd. and related companies (“Uber”) seeking rights and benefits under Ontario’s Employment Standards Act, 2000. Uber sought to stay that class action on the basis that the court did not have jurisdiction because Mr. Heller’s contract required disputes to be submitted to the ICC for mediation and, if unsuccessful, for arbitration. Uber was successful in the court at first instance but lost on appeal. The SCC ruled in Mr. Heller’s favour, allowing him to proceed with a proposed class action rather than staying it in favour of arbitration. The Court’s reasoning provides guidance as to what types of arbitration clauses will be enforceable.

After determining that the parties’ dispute was governed by Ontario’s Arbitration Act, 1991, the majority addressed who should decide whether an arbitrator has jurisdiction – the courts or the arbitrator. The SCC reaffirmed the “competence-competence” principle, holding that courts should generally refer questions of arbitral jurisdiction to arbitrators but added an exception to this principle. Previously, two recognized exceptions to the principle were pure questions of law or questions of mixed fact and law that required only a superficial review of the record. Noting that the assumption underlying the existing exceptions is that if the court does not decide the issue then the arbitrator will, the majority stated that courts may also resolve a challenge to arbitral jurisdiction where the challenge to arbitral jurisdiction is a genuine challenge and there is a real prospect that the challenge may never be resolved by the arbitrator if the stay is granted. In such situations, staying the action in favour of arbitration would be tantamount to denying relief for the claim, and the arbitration agreement would, in effect, be insulated from meaningful challenge.

On the facts of this case, the majority found that the question of arbitral jurisdiction could be determined on a superficial review of the record and that accessibility concerns — primarily, the costs of arbitration — indicated that the issue should be decided by the court.

After finding that the accessibility exception applied, the majority went on to find Uber’s arbitration clause invalid by reason of unconscionability. In doing so, it expanded the scope of this doctrine and held that two elements must be proven to establish that an agreement is unconscionable:

The majority of the Court held that here there was a clear inequality of bargaining power between the parties, and the costs of arbitration created an improvident bargain when considered against the plaintiff’s annual income and the disproportionately small size of a potential arbitration award. The majority noted that respect for arbitration is based on it being a cost-effective and efficient method such that both parties can resort to it. When arbitration is not realistically accessible for a party, it provides no dispute resolution mechanism at all. Here, the arbitration clause effectively rendered the substantive rights provided by the contract unenforceable by a driver against Uber.

The decision in Heller is unlikely to have a significant impact on negotiated and mutually agreed arbitration clauses in commercial contracts between sophisticated parties. However, challenges to the “accessibility” of arbitration and arguments centred on unconscionability will likely become more common in the context of standard form contracts and mandatory arbitration provisions between stronger and more vulnerable parties.

While Canada remains an arbitration-friendly jurisdiction and arbitration clauses will continue to be useful tools in contracts, this decision reinforces that care must be taken in drafting to ensure that such clauses are enforceable. Parties should consider including terms that clearly reflect that arbitration will be accessible and not too onerous for any party, such as capping arbitration fees or agreeing that the stronger party will cover the upfront costs of initiating arbitration; selecting local institutions and legal regimes or taking steps to ensure that both parties understand the specified process and rules; explicitly specifying that hearings may take place in a location other than the place or seat of arbitration; and allowing for telephone hearings or creating a tiered process based on the size of claims.

Rahat Godil, FCIArb is a partner with Blake, Cassels & Graydon LLP in Toronto, with a practice focused on complex commercial litigation and arbitration. She also serves on the executive committee for the Toronto Commercial Arbitration Society.

Justin Manoryk is an associate with Blake, Cassels & Graydon LLP in Toronto and is developing a broad civil and commercial litigation practice.

Blakes appeared at the Supreme Court of Canada as counsel to the Chartered Institute of Arbitrators (Canada) Inc. and the Toronto Commercial Arbitration Society.