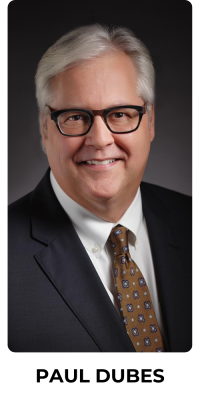 DESCRIPTION:
The panel will discuss the approach in four jurisdictions to address these challenges and improve services and support Reconciliation.  Ombuds offices in North America offer a unique approach to the challenge of holding governments to account for injustices encountered by Indigenous people. The flex, low, or no cost confidential resolution focus of ombuds can facilitate accountability, transparency, and dispute resolution. However, challenges, exist in effectively serving Indigenous communities, including low awareness, issues of trust, statutory limitations and adherence to existing processes.

Paul Dubé was named Ontario Ombudsman in 2016 and reappointed for a second five-year term on April 1, 2021. His work has spurred significant reforms to issues benefiting millions of Ontarians, including:

He is currently investigating the government’s oversight of long-term care homes during the COVID-19 pandemic, as well as delays for hearings and decisions at the Landlord Tenant Board. His Office received more than 25,000 complaints last year.

Mr. Dubé also oversaw the two largest expansions of Ombudsman Ontario’s mandate, which more than doubled the number of public sector bodies and agencies within the Ombudsman’s jurisdiction, as well the organization’s corresponding growth from a complement of 86 to 186. These expansions included new jurisdiction over municipalities, universities, school boards, French language services, and children and youth in care.

In 2008, Mr. Dubé was appointed the first Canadian Taxpayers’ Ombudsman and tasked with the creation of an arm’s length federal agency to uphold the Taxpayer Bill of Rights and promote fairness in the Canada Revenue Agency’s treatment of, and service to, taxpayers. Mr. Dubé oversaw the review of thousands of taxpayer complaints and produced 8 Special Reports on systemic issues with all recommendations accepted.

Prior to joining the Ombudsman world, Mr. Dubé began his career in private legal practice. He specialized in criminal litigation and demonstrated an unwavering commitment to the protection of rights conferred by the Canadian Charter of Rights and Freedoms and the promotion of procedural fairness.

In 2021, Mr. Dubé was the recipient of the Ontario Bar Association’s Tom Marshall Award of Excellence for Public Sector Lawyers, honouring his contributions to public sector law in Ontario and beyond. “Paul Dubé’s work is well known and admired throughout the international ombudsman community,” said Peter Tyndall, former president of the International Ombudsman Institute. “His commitment to public service values is exemplary and his contribution to improving public services in Ontario is entirely worthy of this recognition. Paul is also a highly valued contributor and a leading figure in the global ombudsman community and his support for colleagues and training programs is particularly noteworthy.”

Mr. Dubé is actively involved in the international ombudsman community. He served two terms as a member of the Board of Directors of the Forum of Canadian Ombudsman and has been President of the North American chapter of the International Ombudsman Institute since November 2016. He continues to promote the Ombudsman institution across Canada and around the world.